The junior sailors are from a variety of clubs across the North of England but over the last year have developed an amazing relationship during the Winter and Spring training programme. Unfortunately some of them are now too old to continue in the Oppie and have to move on to big boats. The group saw this event as an opportunity for them to compete together one final time, until the younger ones catch up with the bigger ones anyway!

The event had 24 junior teams (4 under 16's) in the Fevas and 24 youth teams (6 under 18's) in the Fireflys. We managed to secure 3 team entries into the oversubscribed event Teesdale, Derwent and Leigh and Lowton, all in Fevas. The 'team manager' (someone that understands team racing rules Will Welfare (LLSC)) selected the mix of teams as we had to ensure we had mixed gender helms.

Some of the children had one online briefing session 5 days before the event and 3 hours training one windy afternoon in August, some didn't quite manage this. The kids have such a relationship they decided this would pose no problem as they have worked together as a team for nearly a year. As parents we just wanted them to have a 'fun' competition no serious stuff like the National events they have been doing. Just some lighthearted sailing.

Racing didn't really get to a start on Saturday with light winds meaning just 4 of the 100+ planned races went ahead (that was just the Fevas) so an early finish was had but a warning that Sunday would be intense. On Sunday 116 Feva races were completed before 3 o'clock! The teams had to race each other at some point and tactical decisions made for great head to head racing and a sight for the onshore viewers, lots of shouting could be heard across the water. Much excitement was to be heard from Toby when he protested one boat 15 times in 3 minutes much to the amusement of the umpires.

All three Northern teams did amazing all 3 tied in their final position with a 50% success rate picking up 12th, 13th and 14th place (we are still working out how they decide in which order they come, something about NOR H3a).

The event was run with great efficiency and expertise and the live commentary provided much amusement for the spectators. We extend our thanks to Oxford Sailing Club for hosting the event and making it super friendly for the newcomers to Team Racing.

Next year look out for the Firefly team and the Feva teams so I am told! 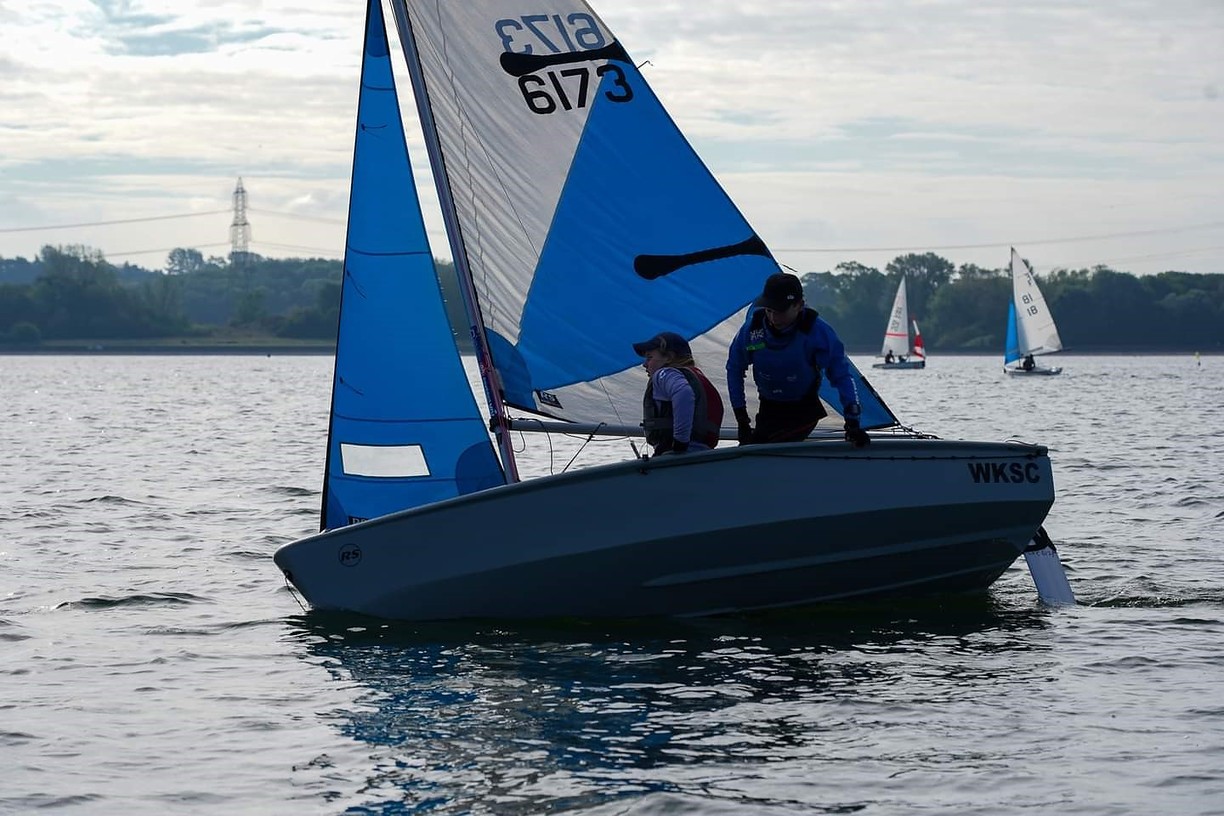