Thanks to all those who turned up at Grassholme this morning to assess the damage and tidy up after Storm Malik. Driving from Durham James and I feared the worst as we passed fallen trees, broken fences and general detritus spread across the road. On arrival we found Mark, Ellie and Dave already busy, and we were soon joined by Calum, Chris, James B and Keith. Everyone got stuck in and we soon had everything looking shipshape again. The boats are back on their trollies and tied down with their masts up.

The metal stakes that Keith and Chris had manufactured were are firmly still in place with the exception of one which had been at the bow of Anthony's Phantom. His over enthusiastic efforts with the sedge hammer resulted in it bending double. As he hit it in to the ground at one end the pointy bit was going round in a circle!

In a couple of cases the securing ropes were not the best and had chafed through. One boat had evidently been tied down well, but a tyre had deflated which had allowed the rope to go slack. In all the other cases the ropes had gone slack or had slipped around the mast.

The lesson seems to be that we need to be more fastidious in how we tie the boats down; taking locking turns around the shrouds rather than the mast, or even around both. Also when anyone visits the club in the winter months they should check to see if any ropes have become loose.

No damage has been done to the boats other than a few superficial scratches to the GP14. All the mast down boats were still in place and had not moved.

I would recommend that private boat owners check their boats in case there is damage that I have not spotted.

So, now for Storm Corrie. My fingers are crossed 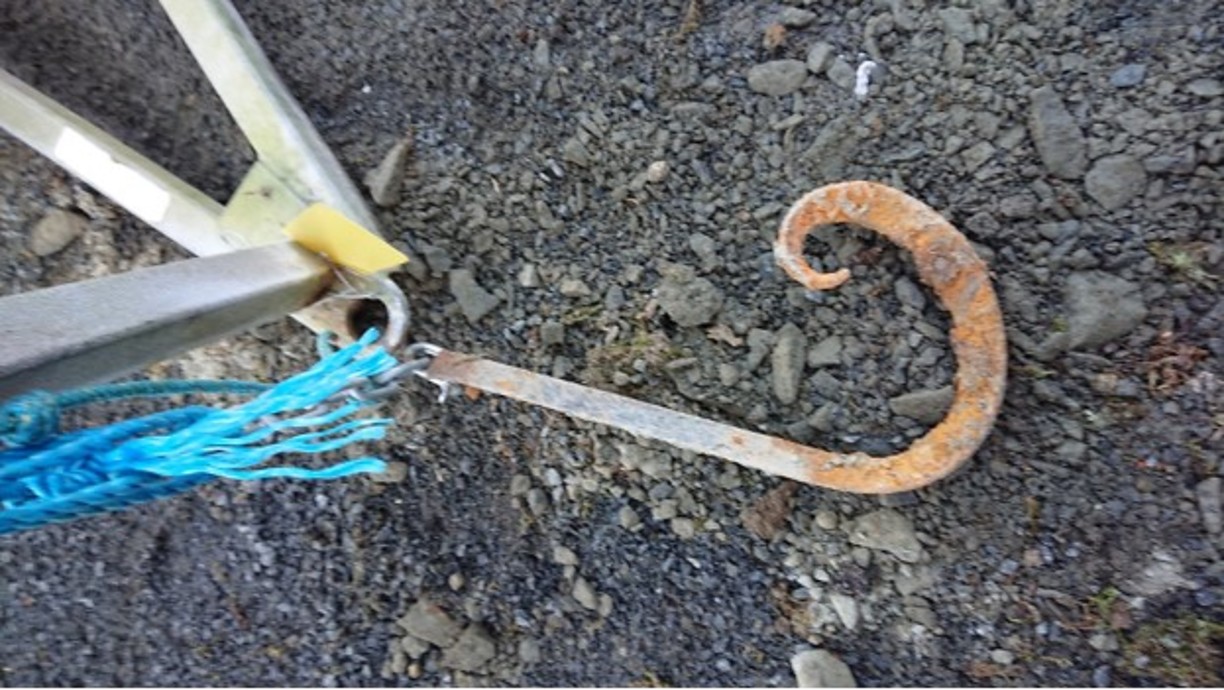